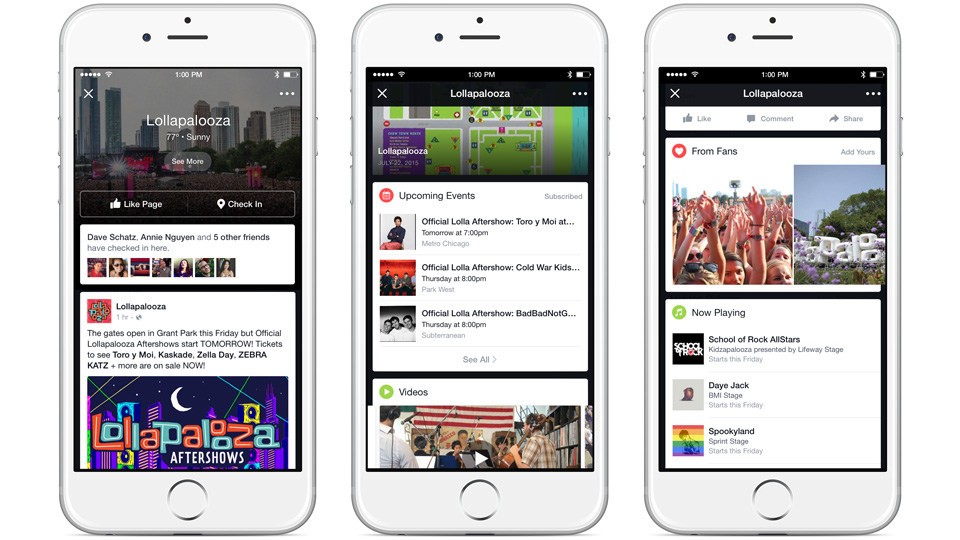 If you can’t make a pilgrimage to Lollapalooza but want to get a sense of what it’s like to be there beyond the concert streams, Facebook might have what you’re looking for. It’stesting an expansion of Place Tips that lets anyone in the US see a feed of Lollapalooza’s goings-on, whether they’re photos, videos, set times or updates. Ideally, this will give you a feel for the event (and possibly a twinge of regret) without having to brave the crowds and summer heat. Facebook isn’t saying when you’ll see the feature again, but it’s promising to “explore” uses in the future. Don’t be surprised if it quickly becomes commonplace. The social network is eager to capture the as-it-happens excitement that you normally find on the likes of Snapchat or Twitter — this could keep your eyes glued to Facebook after you’re done catching up with family and friends.