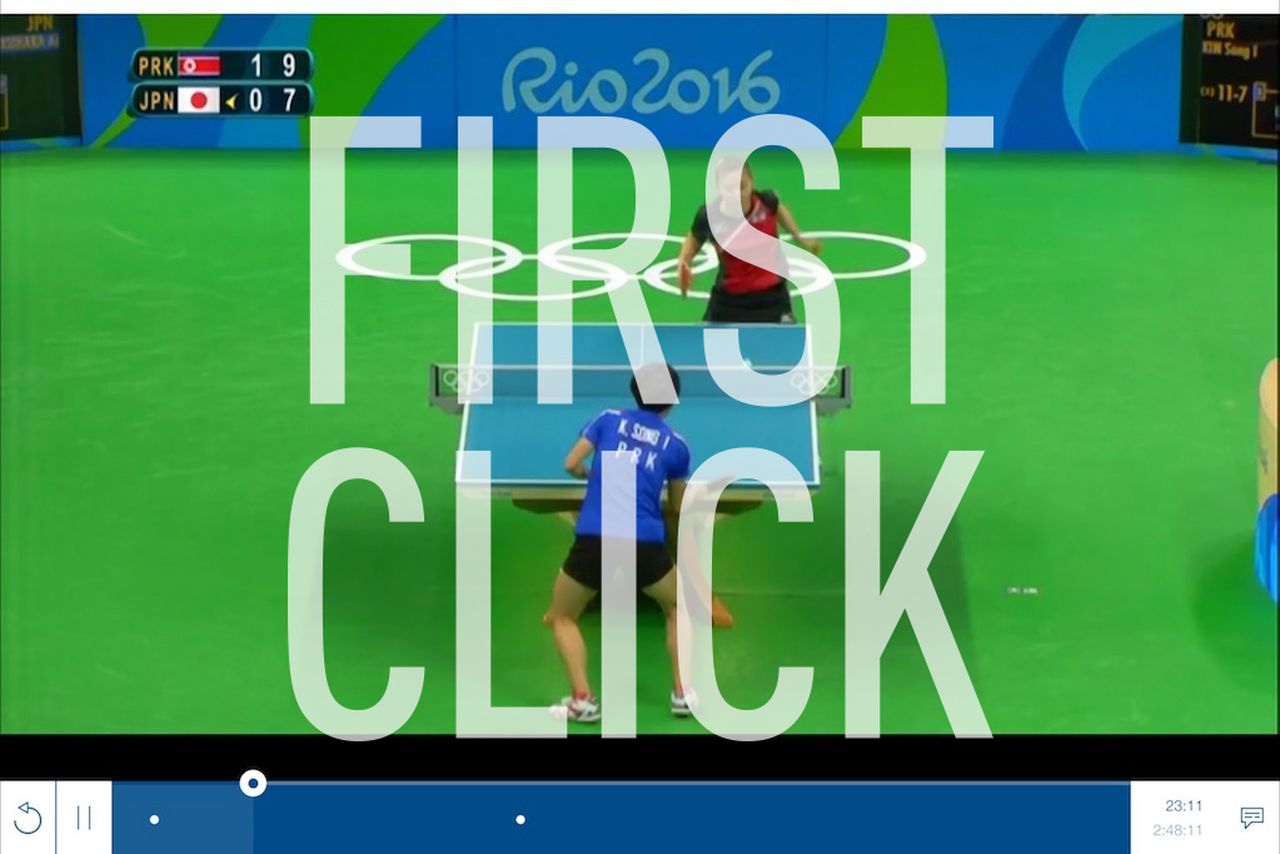 What the NHK app, and other regional equivalents, do is untie themselves from the leash of traditional TV restrictions and offer video coverage of pretty much everything going on in Rio. This is usually just the raw footage provided to all official broadcasters around the world to do with what they see fit; NHK doesn’t have the budget nor the viewer interest to give each sport the full production treatment with commentary and on-site reporting, so most of these events are only able to be streamed unadorned by announcers or studio banter.

Which, as it happens, I actually prefer.

Watching Olympic sports without the commentators’ insights and interruptions makes it easier to concentrate on the athletes’ experiences. You hear the personality of gymnasts chatting amongst themselves; the desperate emotion of a coach offering advice to a ping-pong player before what may be their final game; the patient explanations for fouls called by a rugby referee. The broadcasts are still slick and watchable, with slow-motion replays, on-screen statistics, and a full range of camera angles, but there’s nothing else between you and the events unfolding live. It’s a calm, serene experience, and it’s especially refreshing to get away from the breathlessly nationalist favoritism displayed by local commentators around the world.

Of course, this method of viewing has its drawbacks, too. Commentators can be useful for anyone who doesn’t know the judo points system offhand, or to explain that, say, the Ukranian men’s gymnastics team really was acting unusual the other night. And there’s something to be said for the sense of occasion that they lend to the most glamorous events, placing the athletes’ stories and abilities into context. Raw footage certainly isn’t for everyone — my colleague Thomas Ricker told me about the 1980 “Announcerless Game” between the Jets and the Dolphins, and how he remembers not liking it at the time. But that was before the internet was available to fill in the gaps

And with NBC seeing its early Rio TV ratings fall behind those of London four years ago as digital streaming figures soar, it’s likely that a lot of people are starting to see the benefit of setting their own Olympics programming schedules. And with the much lower costs of distributing the regular unedited footage straight from Brazil to the internet, I’m hoping that it’ll be a feature of all future Olympics. The human drama of athletics speaks for itself.