I’d consider wearing this gel touchpad on my arm 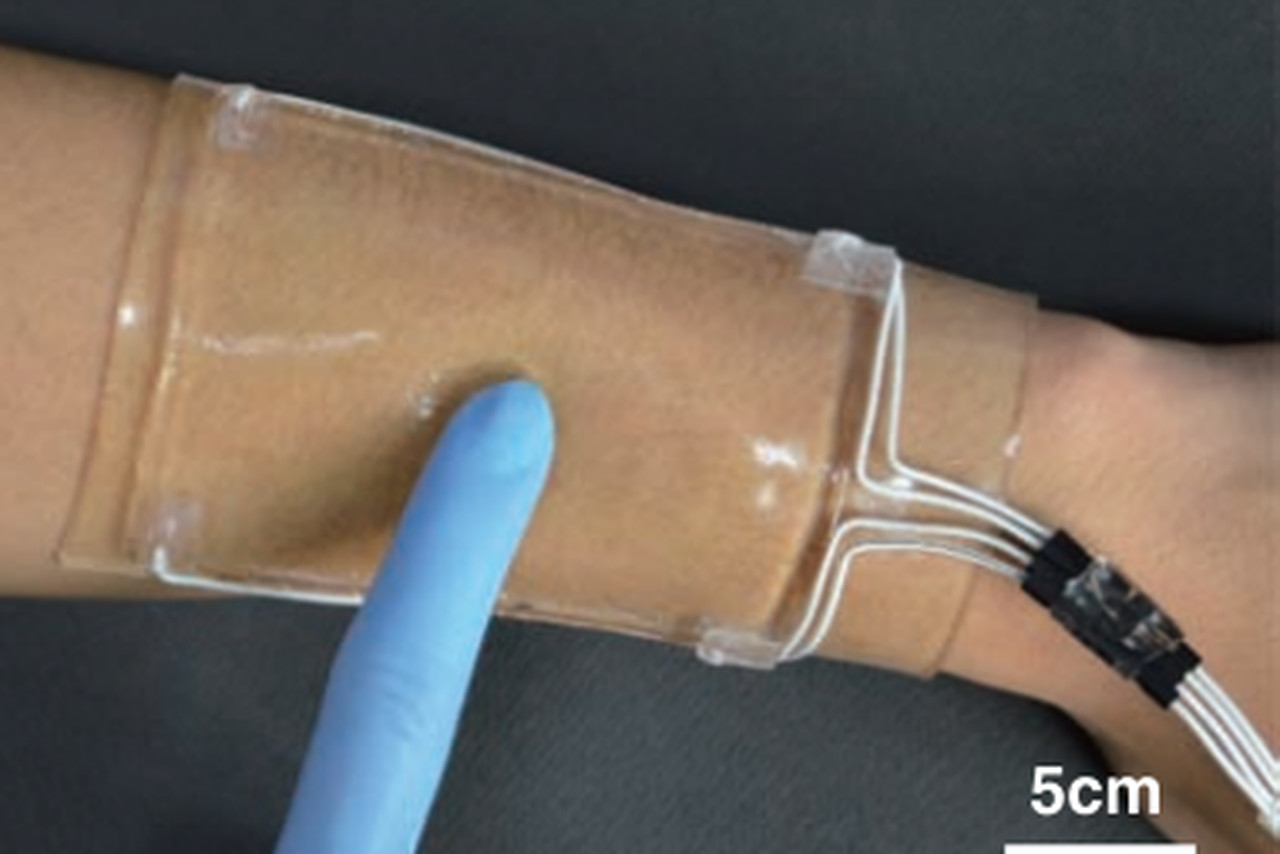 Lots of tech companies think the future is going to involve flexible screens that we wear. So far, though, most of what we’ve seen is either impractical or ugly or both. Now researchers in Korea at Seoul National University have a different idea; in a report they plan to release in Science tomorrow, they’re showing off a flexible touchpad they created with a squishy, stretchy material called hydrogel. They stretched it into various positions and eventually were able to put it on a person’s arm. The hydrogel contained lithium chloride salts, which acted as a conductor and helped the gel stay moist.

The report explains how electrodes on the ends of the touchpad applied similar voltages and created a uniform electrostatic field, so when a finger touched the panel, it closed the circuit. The researchers also developed a controller board to facilitate communication between the touchpad and a computer. Ultimately, their design could be used to write words, play music, and play chess. It responded to tapping, holding, dragging, and swiping.

The researchers tested it in various states, like in a circular shape and stretched to 1,000 percent of its normal area. Though the hydrogel did lose some sensitivity to touch as it was thickened, they found the panel to still be sensitive enough to pick up on gestures, and only after 100 cycles did the screen’s touch resistance increase slightly. The researchers thought it might have to do with water evaporation in the gel.

Alright we don’t have a flexible screen that’ll show our texts yet, but maybe we’re getting close? Hydrogels.