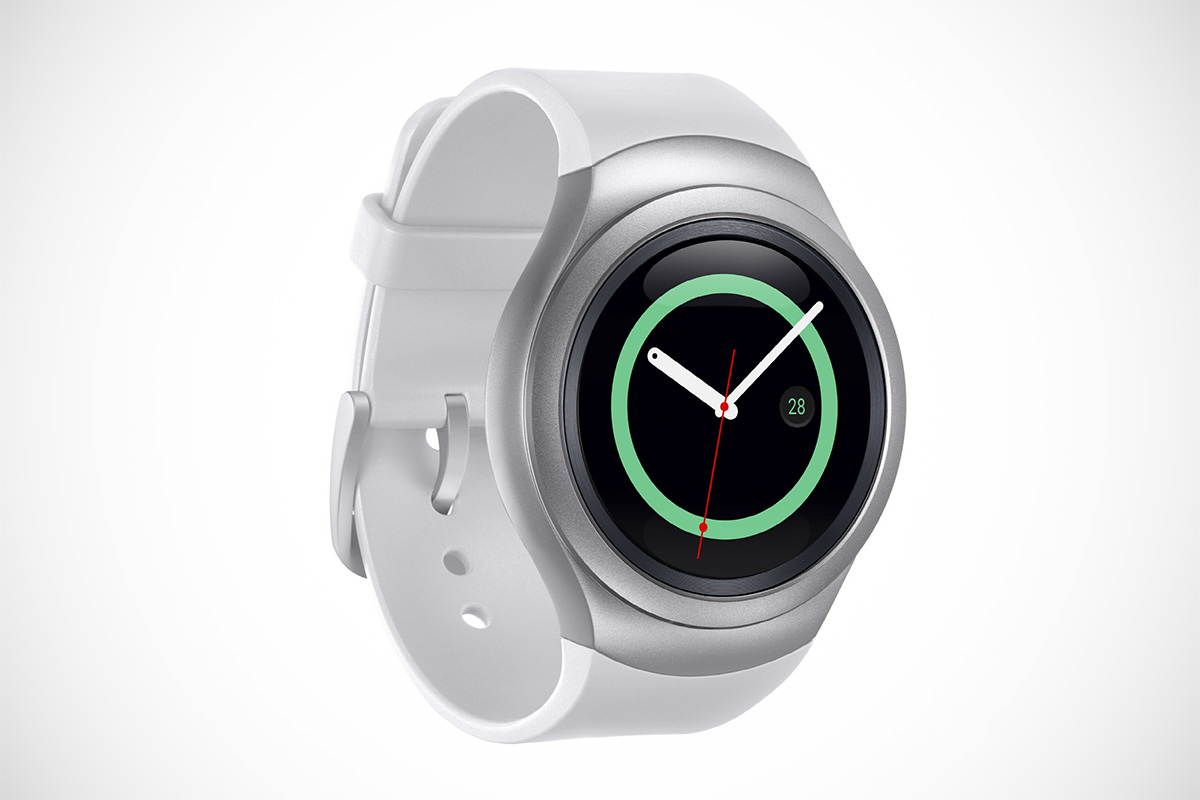 Remember that time Samsung teased a new smartwatch after unveiling some phones we knew were coming? You should! This was seriously only two weeks ago, guys. Anyway, Samsung is finally talking specifics about the watch — known as the Gear S2 — ahead of the murky mobile maelstrom brewing in Berlin right now. First off, it’s actually even smaller than we thought it would be. Earlier leaks pointed to a round smartwatch with a 1.65-inch screen running at 360 x 360 — turns out the resolution was right, but the Gear S2’s screen is only 1.2 inches across.

Just don’t expect a dainty little thing. Samsung says the Gear S2 is about 11.4mm thick; that’s just a hair heftier than Huawei’s own fashion-forward smartwatch, and that thing already looks a tad ridiculous. Oh, and as the lack of the word “Galaxy” in the name suggests, Samsung’s Gear S2 runs Tizen instead of Android Wear. That means it’s thankfully free of the pervasive sense of sameness baked into every Google-approved smartwatch, a fact that’s only reinforced by the wearable’s rotating bezel controls. Samsung hasn’t done a great job of explaining how this control scheme works, but we’ll probably be spinning that dial to sift through installed apps and zoom in and out of photos. Throw in a 1GHz dual-core processor and an NFC radio to make the watch a mobile-payments gizmo (we’re looking at you, Samsung Pay) and we’ve got aninteresting little wearable, if nothing else.

To absolutely no one’s shock, it looks like Samsung has a Gear S2 for just about everybody. In case the silver Gear S2 up there with the white wriststrap doesn’t do it for you, there’s also a dark gray variant with a matching gray band. There’s a 3G-friendly version with an eSIM too that’ll let you make phone calls right from your wrist (if you don’t mind a thicker body). And because fashionistas are notoriously fickle, Samsung also prepared what it calls a “Classic” version with a black chassis and a black leather strap for good measure. Alas, there’s no word on how much any of these will cost, so we’ll probably have to see what’s happening at IFA anyway.