It’s promoting the remake of the 1977 classic 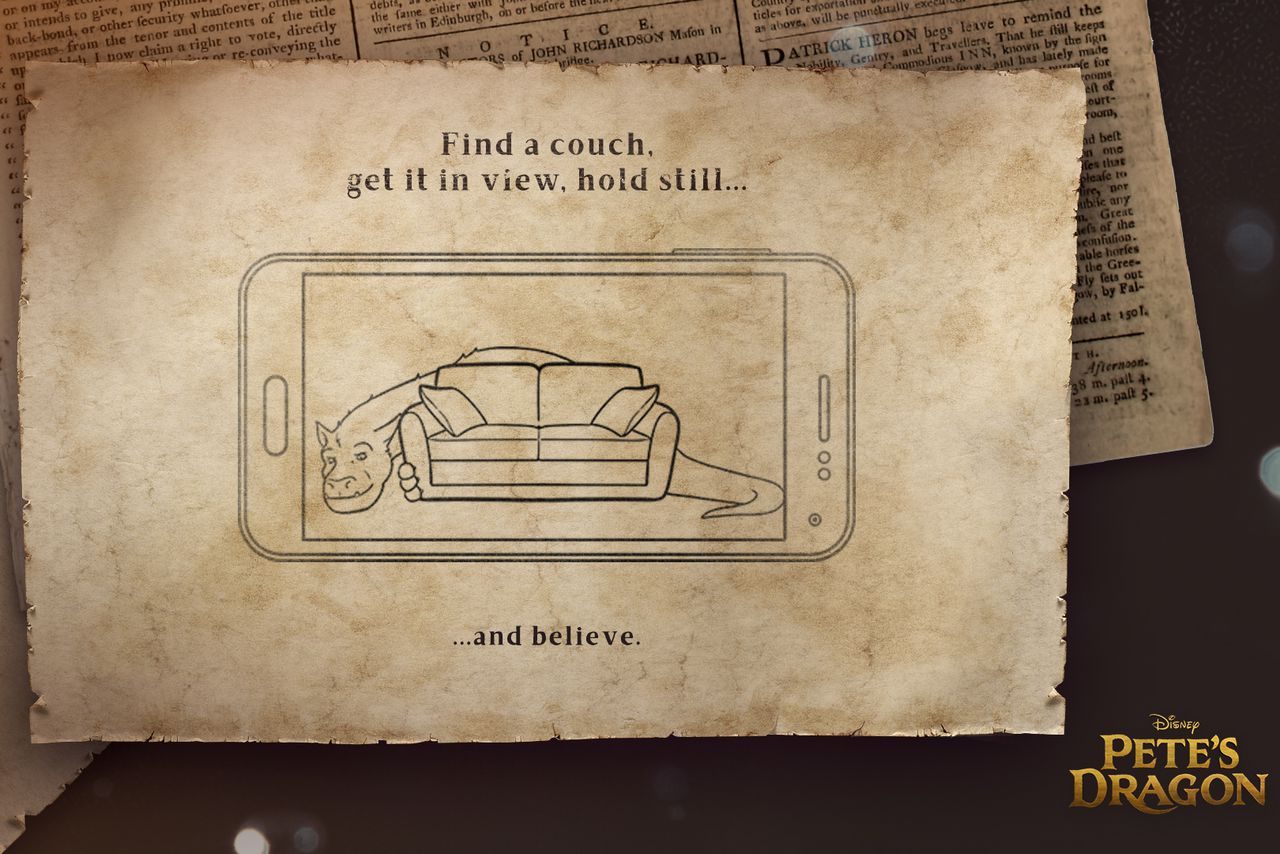 To promote the new film Pete’s Dragon, Disney has teamed up with Google to develop an augmented reality experience in which you seek out a virtual dragon hiding near everyday objects. It’s called “Dragon Spotting,” and it uses Google’s Cloud Vision technology to analyze your environment and blend the dragon Elliott into the scene as viewed through the phone’s camera lens. “Dragon Spotting” is accessible via a mobile website starting today, with the film hitting theaters this Friday.

The game uses Cloud Vision’s label detection feature to “identify objects in the user’s field of vision, dubbed ‘entities,'” according to product manager Ram Ramanathan and Google Zoo director Michael Yapp. (Google Zoo is the company’s internal creative team.) From there, the software returns a number of potential entities identified within the shot. The objects can be items around your home, like a piece of furniture, or they can be outdoor entities like trees.

Google software analyzes your surroundings and blends in Elliott the dragon

“For example, if the user needs to identify ‘couch,’ the website checks against a list of possible responses: ‘chair, futon, couch, sofa,'” the duo wrote. “As soon as the recognized entity matches the desired object, Elliot is revealed.” Because iPhone owners can’t tap into Google’s Cloud Vision in the same way that Android users can, the iOS version of “Dragon Spotting” is less exciting. Instead of working automatically, it asks you to upload pictures of objects to the mobile site to see if Elliot is hiding nearby.

Google is able to accomplish this feat by using machine learning to train its image-recognition algorithms, which Cloud Vision taps into before sending the data to the mobile website. This same technology is used to detect the emotions of people in photos, extract text from within photos, identify languages, and automatically moderate images on the web. It’s a powerful form of artificial intelligence Google is now using in a variety of ways across its various web services and apps. (Coincidentally, the company’s machine learning-focused Google Brain team is doing a Reddit Ask Me Anything later this today.)

There couldn’t be a more fitting way to promote the new film. Pete’s Dragon is a remake of a 1977 classic that was popular at the time for mixing live-action film with animation, with Elliott resembling a cartoon character that exists in the real world. The original Pete’s Dragon wasn’t the first Disney film to use the technique — the company did it with Mary Poppins a decade prior and with Fantasia back in 1940. Yet the mixing of a virtual character with real world environments is a perfect description of modern-day AR, and the plot of Pete’s Dragon specifically revolved around that theme.