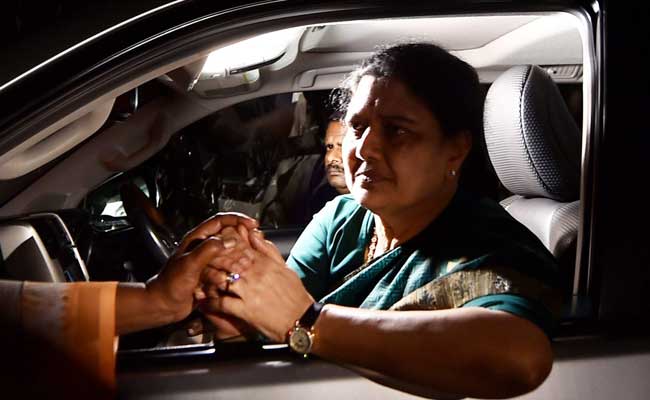 Chennai:  VK Sasikala, convicted by the Supreme Court of corruption and given a four-year jail term, is likely to surrender in Bengaluru on Wednesday, sources in her party, the AIADMK, have said. She came back to her Poes Garden residence late at night from Golden Bay, the five-star resort on the outskirts of Chennai where she was huddled with over a 100 party legislators since morning. At a late meeting of party legislators, her first public appearance since the top court verdict earlier today, Ms Sasikala broke down and said “no force can separate me from AIADMK, I’ll think of the party wherever I am”. The Supreme Court verdict means Ms Sasikala cannot hold public office or contest elections for 10 years, the period of her jail term plus six years after that, ending her bid to be the Tamil Nadu Chief Minister.
Here are the 10 latest developments of this big story:
Read more   ↓
Loading...